Whistler is world-famous for its skiing, having hosted numerous events during the 2010 Olympic Winter Games. It’s often named among or at the top of the best ski resorts on the planet, with its two mountains, Blackcomb and Whistler, linked together by the Peak 2 Peak gondola, making it North America’s largest winter sports area.

Once you try skiing here, you might want to make a move, or at least buy one of the Whistler homes for sale to use during your vacations. Of course, before making your plans, you’ll probably want to know more about it, beyond its ranking and size.

Skiers enjoy access to everything from beginner to expert terrain across Whistler’s nearly 8,200 acres. It includes 200 marked trails, glade zones, and bowls. Whistler offers a little more beginner terrain than Blackcomb, catering to more low-end intermediates, while Blackcomb is ideally suited for strong intermediates or experts. It’s an extreme skier’s paradise, with runs like Spanky’s Ladder and Couloir Extreme, with lots of glade and bowl action on both peaks. Blackcomb Glacier is considered a must-do for extremers who want a challenge, accessed via the Showcase T-Bar, followed by a short trek. Guides are also available for those who want to experience the magnificent backcountry.

The Views from the Gondola

It’s worth skiing Whistler for the views from the gondola alone. You’ll get a bird’s-eye view of this winter wonderland while riding the world’s longest unsupported lift span, the highest of its kind too. It travels for two miles in a glass-enclosed car, bringing a 360-degree vista of the jagged snow-covered peaks. This is the perfect time for a GoPro.

When you need a break from the slopes, or visiting with family or friends who don’t ski, Whistler is the perfect place to be. Whirl around on the outdoor skating rink, take advantage of the five terrain parks with over 150 features and 40 jumps, a Superpipe and Snow Cross track, tubing, hop on a snowmobile or a strap on a pair of snowshoes and explore the wintry landscape.

To go along with the endless list of recreational activities, Whistler may offer one of the world’s best après ski scenes. It has an entire village that’s dedicated to a good time after a day of play, with everything from upscale nightclubs, laid-back pubs, and beer patios to world-renowned restaurants.

For a really unique experience, head to the Ketel Ice Room at Bearfoot Bistro for a vodka tasting at sub-zero temperatures. You’ll get to taste two different types while discovering how the cold environment enhances the flavor and minimizes the burn of the alcohol.

What better way to soothe those sore muscles than head to the spa, and you’ll find many in Whistler, from spas at the resorts to standalone boutique options. At the Scandinave Spa you can enjoy pampering treatments, including one of the most diverse massage menus in Whistler. Then, soak in the outdoor hot tub surrounded by the falling snow in the middle of an ancient rainforest. 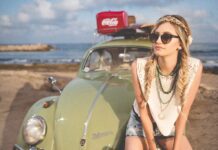 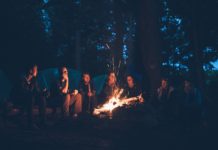 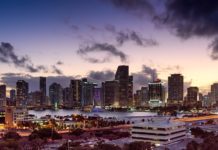 admin -
0
Churidar salwar suits are one of the most favorite patterns of salwar suits that suits women of every body type and is...