The sedimentary rock limestone has a greater industrial used. It’s formed by the inorganic remains found in nature that may include skeletons, shells that have been left to decay for longer periods.

The limestone powder is a major contributor to making steel products. Added to the contaminated melted iron, resulting in slag. The slag can be then easily parted from the iron making it pure and clean from every impurity. The slag and limestone powder can then added to make steel

Limestone has always been a major raw material for plastic and rubber industry. The formed and organized limestone particles make it’s the best material to fill the loop holes for producing high end rubber and plastic. These limestone fillers are the great source to expand high end plastic and related material to enhance the product proportion without adding extra cost. Since limestone has no reactive traits for certain process it can be the only raw material

Limestone powder is an ideal for all constructional raw material. When added in clay the mixture is heated to form cement. With an addition of sand and water the whole mixture can be produced into high quality mortar

Mortar has been the fundamental material to set bricks and work as a strong adhesive upon drying. Moreover the limestone is great for using in concrete and asphalt

The purifier with basic traits

Limestone when mixed with contaminated water, removes contamination and pollutants. Primarily the limestone is made of calcium carbonated, a material that is basic in nature and best for reducing the acidity of the industrial production waste and overspill. The limestone can also be a best remedy reducing soil acidity making the soil healthy for agriculture

Limestone has a wide use of pigment-making and as a plaster for high quality paints. Limestone is another contributor to paper industry. During paper production the wood is broken down with acids and afterwards these acids are treated with limestone to neutralize the whiten paper. For making dyes, resins and other floor covering, and coatings limestone powder has always been the lead

In the earlier of times of Britain and till today the limestone has been excavated for in either large blocks used for making buildings or in small pieces sometimes to be utilized in industrial purpose. When crushed into powder it is often known by its chemical name calcium carbonate. Upon heating the limestone is freed from the calcium oxide or lime is produced as a result. Lime is the important by-product of the limestone and is well accepted across the chemical industry

Limestone mining is more expensive contrary to excavation, so the mining is less often conducted. For a limestone to be cost-effectively mined, it needs to be either specifically pure for the industrial purpose or greater in demand as per the construction stone 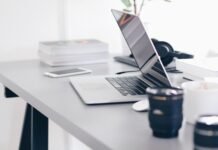 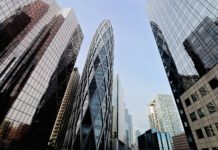 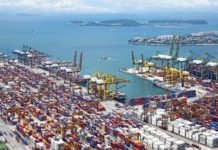 Look Before You Dive: Potential Shipping Pitfalls to Avoid