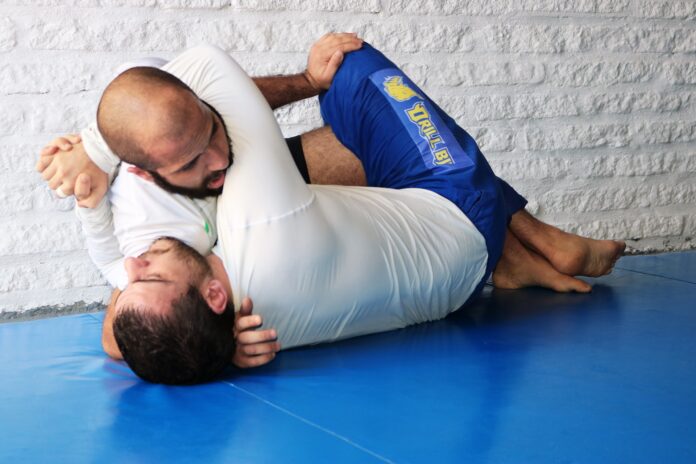 Chokes aren’t specific to Jiu Jitsu, but they are considered an ultimate submission hold. BJJ chokes are the most powerful moves against any opponent and can be applied perfectly if practiced enough. No doubt joint locks are painful & often leading to injury but chokes are lethal and more effective.

There are a variety of BJJ chokes that can make opponents tap on the ground when applied correctly. They can be executed from many different positions.

This BJJ choke has been named after Joe D’Arce. As this move has contributed a lot in making him a successful fighter of the 90’s. This choke is amazingly powerful & extremely helpful in non-GI grappling. Initially it was considered less effective, & executed against unskilled opponents, over time development & improvement has made the Darce choke highly effective. It  is widely practiced in BJJ, no matter if you are at a spectating weeknight Jiu Jitsu class, some local tournament, or an ultimate event of UFC, you will see the Darce choke in there. It’s an incredible way of grappling your opponent’s underhook. Underhooks are applied oftenly in all martial art forms, even in wrestling, because they are the best ways of trapping athletes. Darce choke is the best way for not only trapping your opponent perfectly but for overpowering him with a submission. Once you have gripped him tight enough, it’s almost impossible for him to escape.

It’s a highly effective BJJ GI choke with maximized success percentage, that can be implemented in your Jiu Jitsu game. One can execute this move easily from his opponent’s back. As it is like the basic choke from the back – it requires you to grab your opponent’s collar by crossing his upper body with your hand. Then you will have to rotate your whole body to a side & grab his GI from the knee area. It makes you utilize your raw strength for pulling the collar of your opponent & and choke him, as the pressure is unbearable. And in case you want to defend this choke, do not give your opponent a chance to touch your opponent’s collar if you got his back.

Cross Collar Chokes are one of the basic BJJ choke. It can be executed from the mount position & by the full-guard, position with other angles too. It will require you to grab your opponent’s collars by using both of your palms from the opposite side. It will make the base of choke. Then you have to minimize the gap in between the elbows & neck of your opponent. While utilizing both of your palms for pulling your opponent closer to you. For choking him out.

Baseball choke is one the popular and favorite choices of Jiu Jitsu practitioners. If you learn the technique properly, you will find it an incredibly devastating move for your opponent. The choke is named as “baseball choke” because it will require you to put both of your hands like you are holding the baseball bat. This BJJ Gi move can be applied from many positions and angles, such as the bottom guard. It is easiest when applied from the mount. Firstly, you will have to place your hands with your palm near the neck of your opponent and the other hand on the collar. Then squeeze both of your arms to create adequate pressure that will choke out your opponent. 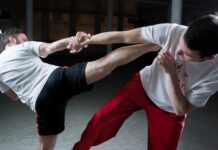 5 Sports Games for Teens to Play

Have You Considered Necessary Elements For CCTV Installation?

How To Successfully Build Your First Apartment?